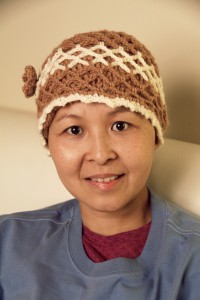 Amy Fong lives in Toronto and was originally from China in the province of GuangDong. She has two sons with her husband. When Amy was diagnosed with leukemia, she was told in 2010 that she needed a transplant. Unfortunately, her sibling was not a match for her. Months went by and no donor was found so she eventually contacted OtherHalf. Fortunately a donor was found and she underwent transplant in 2011. Her husband and sons have been actively engaged with OtherHalf to raise awareness of the urgency of finding stem cell donors for other patients since then.