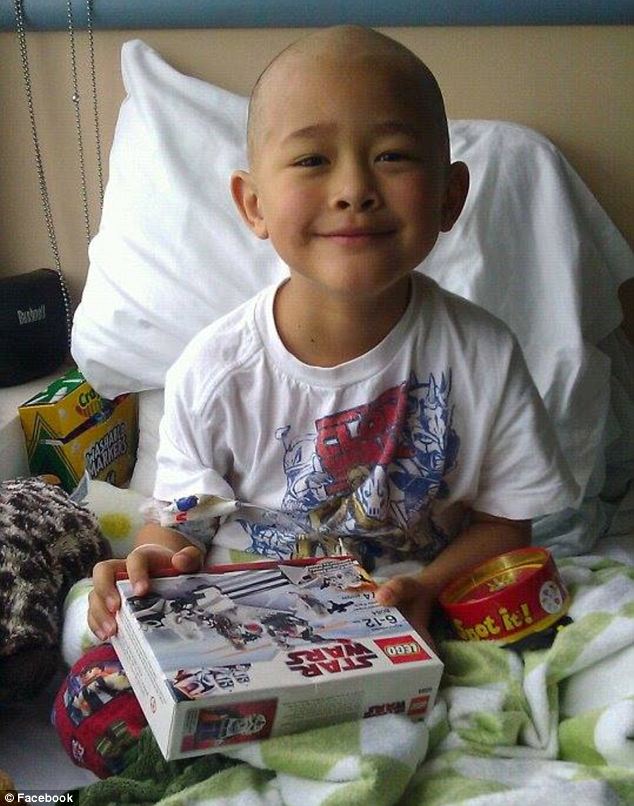 Baylor, 8 years old, was diagnosed with leukemia (AML) in 2012. He received chemotherapy treatment and was in remission for almost 2 years. Unfortunately, he relapsed and needed marrow donor. Since matching is based on ethnicity, Baylor most likely need a mixed race donor who is also Japanese and German.

On July 2014, Baylor was able to find a 5/6 match from umbilical cord blood from a baby girl in Germany. He underwent his transplant and began recovering. Unfortunately, after 42 days, the stem cells had still not engrafted. The transplant had failed.

Late September, in a final bid to find cure his leukemia, Baylor underwent a second transplant. This time, his father, although not a perfect match, would be the stem cell donor. The transplant would prove especially risky, as Baylor would need to undergo a second round of chemotherapy before this transplant. After weeks of recovering in hospital, Baylor was finally able to go home in early November. While still on medication, Baylor’s health continues to improve.

Baylor, we wish you all the best on your road to recovery! May there be lots of smiles along the way.